The Story Behind The Golden Touch

When beginning the story of THE GOLDEN TOUCH, Book Five of the Appleton, WV Romantic Mysteries, I needed a KEY factor

Here's what I knew:

the protagonists: Jazzi (Jazmine) Sanderson and Ryle Sadler, their careers and/or past, their personalities,
the basic plot: mystery and suspense
the setting
the first chapter

But I still didn't have that thing—that emotion—the characters were searching for...until I, unknowingly hit upon it. What Jazzi and Ryle were both seeking, although unknown to either: was a place that felt like HOME. The place that makes a person feel content, relaxed, and at peace, even when trouble is brewing, even when you're still searching for that one person who makes the world go 'round for you. 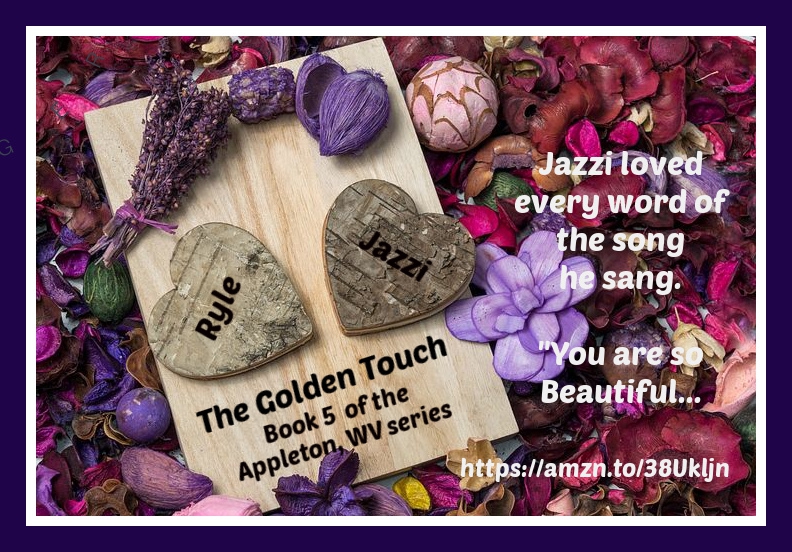 Where was it? Appleton, West Virginia. The small town where everyone knew everyone and their business, or at least assumed they knew. Where friends were friends for life, even when that small town held secrets, trouble, and problems.

Ryle, who was rich, innovative, and smart, living in a big town and traveling across the country for work, was happy or thought he was. But when he chanced upon Appleton, West Virginia, small, friendly, clean, and sometimes a nosy place but where friends were loyal and ready to help in any way they could, Ryle realized he'd found that spot that felt like home. Adding that to solving the mystery and finding love, was the answer his heart had craved, even though he didn't know it.

As for Jazzi, the wild, beautiful young lady that she was, felt unloved by her adopted parents and flew the coop from Appleton as soon as she was of age. What she didn't realize, that instead of blaming others for her unhappiness, it was of her own making. It wasn't until she returned to Appleton, more mature now, accepting of her own mistakes, and finding a meaning for her life, that her heart grasped the one place that could ever feel like home. Appleton.

Once that revelation that they'd found the place their hearts had sought for, although through different methods, it was then their hearts could open to accept the love facing them. And it was only then that both were able to relax enough to allow God to lead them on the right path.

ABOUT THE GOLDEN TOUCH

Ryle Sadler stared down at the financial statement lying on his desk. His investment firm had just sent him another record of overwhelming success. Time to sell his share in this stock.

Ryle came from the poor side of the tracks, but that had no bearing on his success in life—which he kept hidden from everyone, especially those in Appleton, West Virginia. But when he buys the local, rundown bed and breakfast, mysterious revelations from beneath the site are suddenly threatening to ruin his good standing with the citizens.

Then along comes Jazzi Sanderson. Jazzi has a reputation of being wild, but Ryle sees more than is on the top layer of this woman. Beneath that tough, wild streak lurks a woman who wants to be loved by the right person, a woman who is tender-hearted and who is just finding out that God is real.

Are Ryle and Jazzi's worlds too far apart or can their differences help them solve the mystery that lies beneath Ryle's bed and breakfast? Will the evil person behind it a 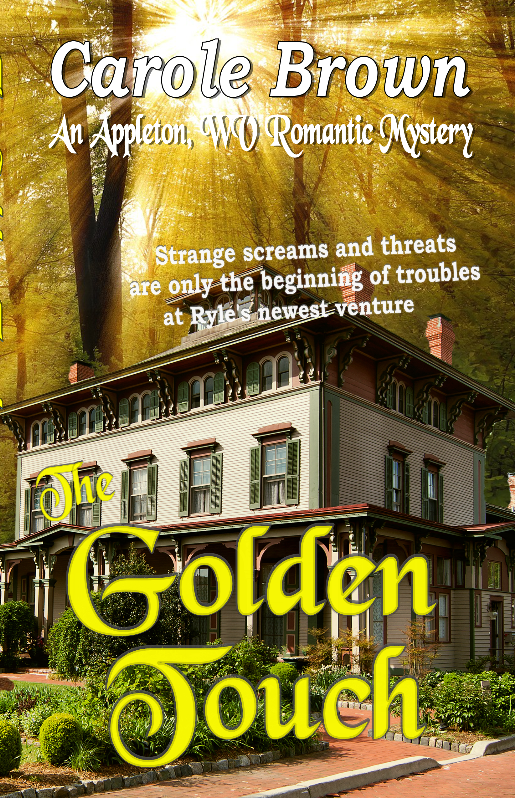 ll be able to silence them, or can Ryle's golden touch prevail in this endeavor too?

AN EXCERPT FROM THE GOLDEN TOUCH

Ryle Sadler stared at the unkempt bed and breakfast in front of him. The urge to buy this place was stronger than ever, and he couldn't understand it. He'd never bought or invested in anything on an urge. He'd prayed about this crazy urge for sure. Many times. No answer came back from God. Only this confusing push to buy it. Now.

He hadn't amassed his wealth by going on urges. No sirree. Coming from the poor side of town had taught him plenty, and two of those things were listening and learning. Those had gotten him where he was now.

The Golden Touch. That's what the investors in the world called it, and that's what he had. Or so they said. It scared him, truth be told, that everything he touched turned to gold. Didn't matter whether it was stocks or an act of generosity in helping a struggling business person. Every time—so far—had been successful.

But this, this business that Maisie, the owner, cared little about, was neither of those things. If he bought it, would it change his touch? Would it be the knife to cut the string of wins he'd experienced so far? Would it be his first failure? After all, what did he know about bed and breakfasts?

A young woman exited the place, her purple hair a distraction from her beautiful features. Toby and Amy Sanderson, Jazzi Sanderson's sister and brother-in-law, had confided that she'd taken a room there to be on her own—in spite of the inn's rundown condition. She didn't know her own beauty or worth.

He'd had little to do with women. Too little time, and, frankly, no one so far, who'd garnered his attention long enough.

But this woman. Ryle's heart gave an unusual ping forcing a frown on his face.

She saw him then and gave a shy, little wave—a complete contradiction to her reputation—the smile on her face as bright as the sunshine from the heavens.

And then he heard the voice.

Invite Jazmine Ashley Sanderson to help you at the bed and breakfast.

No. That was crazy. What was wrong with him? He'd never done such a thing. Invested in businesses by using his money, yes, to do what he felt was his calling. But asking a woman he barely knew to help him get this place up and running? Would she laugh at him? Would the whole town of Appleton consider him the biggest fool ever to cross their path? Her sister, Amy, had been upset with her when Jazmine had refused the offer of staying with her. Why had she insisted on renting a room here, of all places?

She did have a reputation. And not such a good one.

What if she accepted, thinking it was a lark, an easy way to get some money, with no improvement in her personality? Or worse, be irresponsible? Could he trust her to have the same vision as he?

No, it wasn't his responsibility what she did. But then, he didn't think helping someone continue on the broken path they were on was beneficial either. Still, his calling was to help. What they did afterward was their responsibility.

So, what's it to be? Will you obey my direction on this?

The dark cloud suddenly covering the sun seemed to be frowning at him.

“I always have.” Ryle couldn't even hear his own whisper as he mouthed the words.

And as suddenly, as it had been covered seconds ago, the sun popped from behind the cloud, sending its golden beams straight down to shine on the bed and breakfast.

Ryle gave up the struggle. It might be interesting—and a learning process for him—if this adventure was a failure. Time would tell.

The groan that escaped his lips assured him he wasn't looking forward to it.

Besides being a member and active participant of many writing groups, Carole Brown enjoys mentoring beginning writers. An author of ten books, she loves to weave suspense and tough topics into her books, along with a touch of romance and whimsy and is always on the lookout for outstanding titles and catchy ideas. She and her husband reside in SE Ohio but have ministered and counseled nationally and internationally. Together, they enjoy their grandsons, traveling, gardening, good food, the simple life, and did she mention their grandsons?

Thanks so much for allowing me to visit! Miss you!!

Likewise. Glad to have you here. Best wishes on your new book.